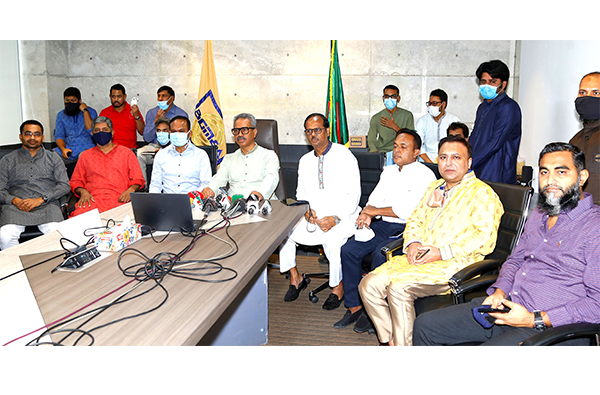 BGMEA organized a press conference to brief the media on the overall situation of the RMG industry ahead of Eid-ul-Fitr.

While speaking at the press briefing BGMEA President Faruque Hassan said that the whole world is going through a tough time due to the pandemic which has also hit hard the RMG industry of Bangladesh.

He said, “Our garment exports unprecedentedly declined by 18% in the last fiscal year and decreased by 8.72% in the first 10 months of the current fiscal year.”

The garment factories are still struggling to survive and recover from the losses and shocks created by the pandemic. Prices declining has been continuing over the last few months, he informed.

He sought policy support of the government so that the apparel industry can overcome the impacts of the pandemic and retain competitiveness in the global market.

The BGMEA President thanked all RMG entrepreneurs for making payment of salaries and bonus to the garment workers despite all the limitations and challenges.

About 97.54% of the BGMEA member factories have paid salaries for April as of April 11 while 99% of the factories paid have paid bonuses to the garment workers, he informed.