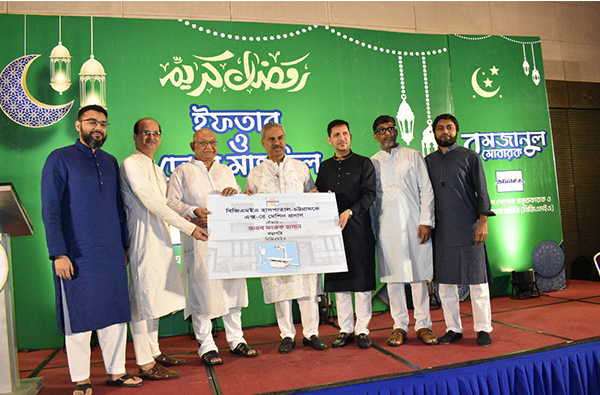 BGMEA organized an Iftar and Doa Mahfil for its valued Members and other dignitaries at Radission Blu Chattogram on April 17.

In his address at the event, BGMEA President Faruque Hassan said the RMG industry has attained today’s glorious position with the collective contribution of all stakeholders.

The BGMEA President sought support and cooperation of all for the development of the RMG industry in the coming days.

At the program, BGMEA President Faruque Hassan handed over an X-ray machine to the hospital in Chattogram run by BGMEA for the treatment of garment workers.

He also expressed thanks to all the guests for attending the Iftar Mahfil.