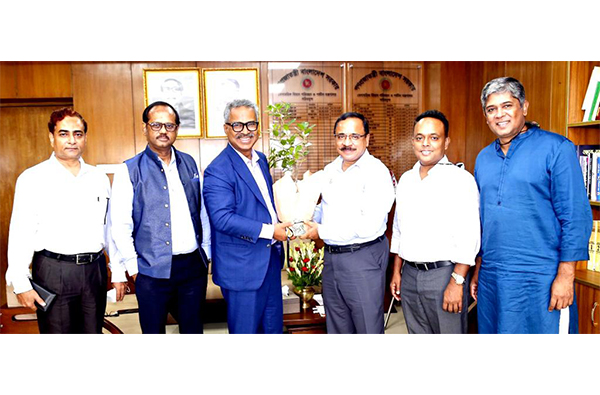 The association also called for increasing the number of scanners to speed up the process of scanning export cargoes.

A delegation of BGMEA led by President Faruque Hassan made the request to Md. Mokammel Hossain, Secretary, Ministry of Civil Aviation and Tourism, during a meeting at the Secretariat in Dhaka on October 10.

RMG exports are being hampered as two EDS machines have remained out of service while another two newly installed EDS machines in the airport could be made operational as they are yet to get validated.

The BGMEA leaders stressed on regularly carrying out maintenance of the EDS in order to keep them operational as the scanning process is hampered very often due to technical glitches.

They also requested the authorities to ensure enough space at the scanning area so that export cargoes could be scanned in an orderly manner and shipped timely. Besides, a spacious parking lot is needed to keep the export freight after scanning for air shipment.

They delegation called on bringing RMG goods inside the cargo village or canopy immediately after unloading from aircraft so that they are not damaged due to rain.

The BGMEA leaders requested for taking steps to properly stack RMG goods in the cargo shed in proper order so that cargoes can be found out easily and released quickly.

They further urged not to charge demurrage fees for the delay in releasing goods due to the stacking of goods haphazardly at the cargo village.