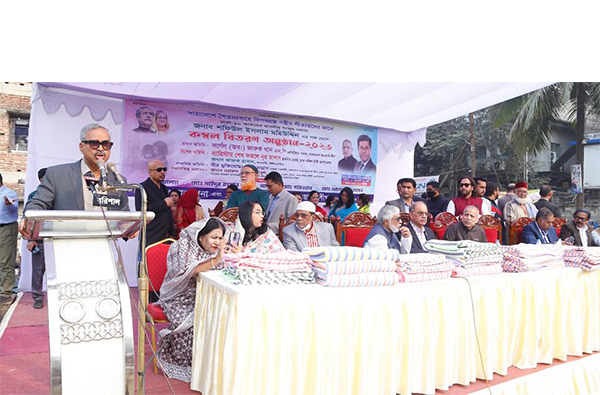 BGMEA President Faruuqe Hassan called on affluent people to extend their generous support to poor people who had been suffering from the bitterly cold winter.

“It’s our moral and social responsibility to help those people who are leading miserable lives in this severe cold without winter essentials,” he said.

“We should not forget that winter is an extremely tough time for many vulnerable men, women, children and families across the country, especially in the northern part of Bangladesh. This is where you can step in and lend your support,” he said in an appeal to the people who have the ability to help the poor.

He made the request while addressing a winter clothes distribution program in Dhaka on January 18.

They distributed winter clothes including blankets to poor people who are greatly in need of warm cloth to survive the winter season.

BGMEA President Faruque Hassan said Bangladesh was a resilient nation which had secured a proud position in the global map defying various challenges.

“Bangladesh is moving ahead with a vision of becoming a developed country and united efforts of all people are required to achieve the goal. In our march forward, no one should be left behind,” he said.