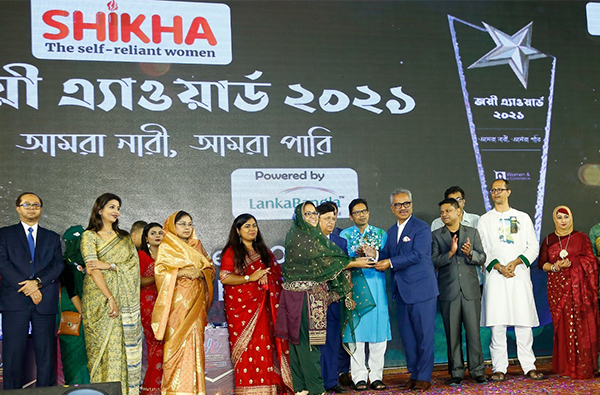 BGMEA President Faruque Hassan said women have made significant contribution to the socio-economic transformation of Bangladesh that took place over the last 50 years since independence in 1971.

“Bangladesh has emerged as a role model of development in the world under the prudent and visionary leadership of Honorable Prime Minister of Bangladesh Sheikh Hasina. Bangladesh has qualified to graduate into a developing nation from a Least Developed Country (LDC). All people of Bangladesh – both men and women – are behind the achievements of Bangladesh,” he said while addressing a program as a special guest on October 23.

Women and e-Commerce (WE) organized the program in celebration of 50th Independence of Bangladesh and on the occasion of the 4th anniversary of WE.

Director of Giant Group Sharmeen Hassan Tithi also attended the event as a guest of honor.

Bangladesh has immense opportunity to grow further where women have great role to play, he added.